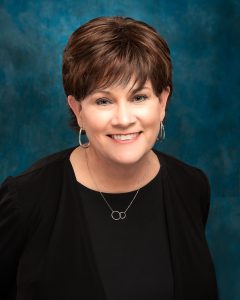 The Board of Directors of Bastrop Central Appraisal District have hired a new chief appraiser effective August 1.  Faun Cullens, Deputy Chief of Appraisal Services, has been chosen to replace current Interim Chief Richard Petree.  Mr. Petree highly recommended Ms. Cullens to the Board.

Petree said, “Faun has accomplished so much at the District in her time here, and I feel she will take the District even further in our commitment to accuracy of appraisal and top-notch customer service.  All of the things that our Board had concerns about three years ago have shown marked improvement under the current management team, and I am convinced that things will continue to advance under Faun’s leadership.”

Ms. Cullens began her career in Kansas working in the reappraisal process in Dodge City.  She worked in other counties in Kansas until 1997.  She worked for five years as a fee appraiser in Colorado and then became an elected assessor for Cheyenne County, Colorado, and continued in that position until December of 2013.  She and her husband, Wayne, moved to Texas at the end of 2013.  She began work at BCAD in 2015 where she rapidly rose through the ranks to become the Director of Appraisal.  In Bastrop, she supervised the appraisal staff teaching them the methods of improving the accuracy of appraisal and utilizing new software the District purchased as well as technology that allows data gathering in the field rather than using paper copies and data entry.

Ms. Cullens spoke to the Board in her interview about her future plans for the District.  ” I believe it is vital to continue improving on our customer relations with property owners and the taxing entities.  It is imperative that everyone involved in the processes of the Appraisal District be informed and that we communicate our results and responsibilities effectively.  With the growth of Bastrop it is important to utilize the technology available to assist us with our job performance.”

Ms. Cullens and her husband have 4 children and 5 grandchildren.  This May, their daughter Kristina will complete her doctoral work at the University of Texas at Austin where she has been an instructor to undergraduate students.

Ms. Cullens said, ‘I am blessed to have this opportunity.  We have a committed group of professionals now working at BCAD, and it is an honor to be selected as their leader.  I am especially thankful to the Board of Directors who have entrusted to me this great opportunity to move the District further toward our mission of fair and equal appraisal and excellent customer service. ”

Ms. Cullen has begun the transition to Chief Appraiser under the guidance of Mr. Petree and will take over the position in its full capacity effective August 1st.

“To provide quality service with the highest principles of integrity, professionalism, and respect.  We will uphold these standards while providing an accurate, fair, and cost-effective appraisal roll for use in property tax assessment, while adhering to the property tax laws of the State of Texas.”